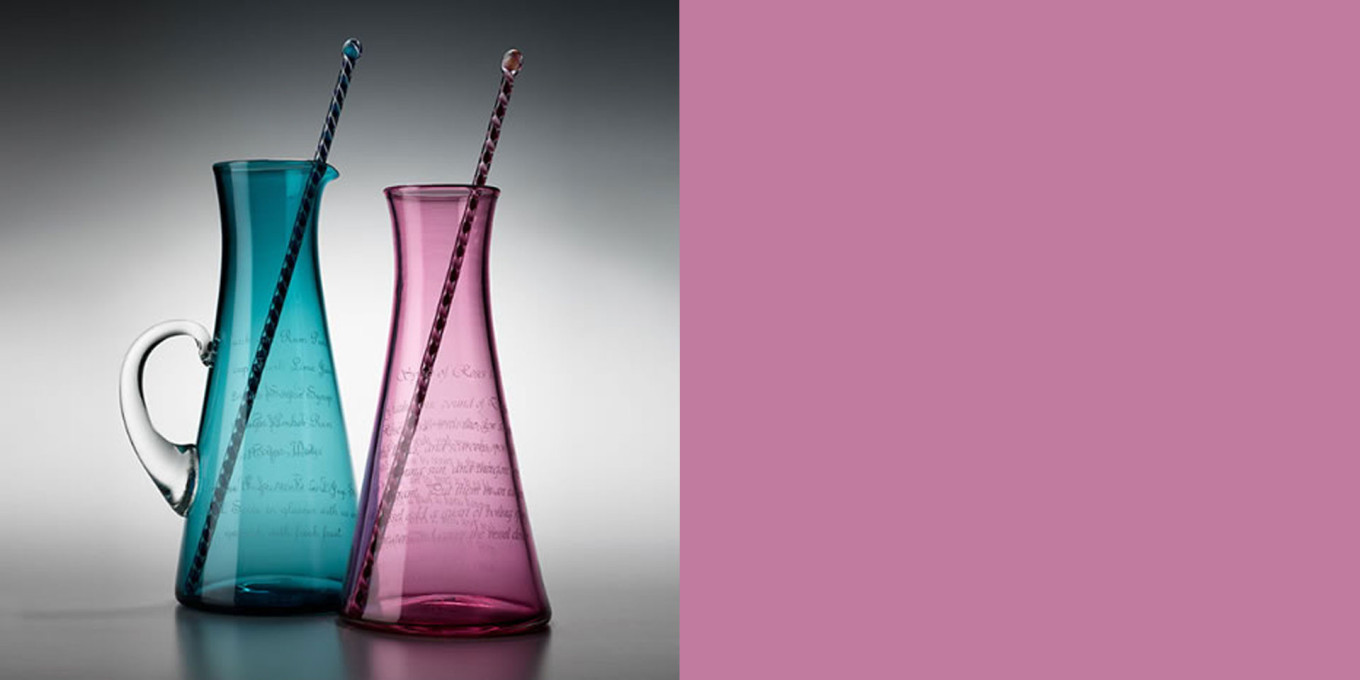 A glass artist honours the lost art of the kitchen 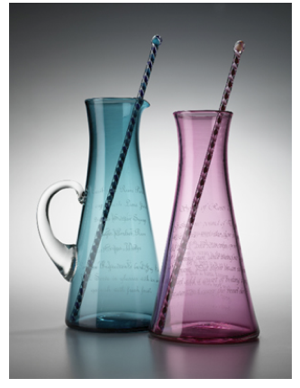 Domestic things, particularly kitchen objects that are to do with the production of food, of care and nurture, of energy and domestic security are specially charged memory receptacles; my and my family’s history is held within them, my mother’s kitchen canisters, my grandmother’s mixing bowl are precious far beyond their simple value. Laurel Kohut’s collection of hand blown glass receptacles and dishes (bowls, lidded jars, jugs, beakers and cake stands) are similarly charged memory objects that draw the viewer into their own intimate histories.

Home Remedies is concerned with the usually invisible inscription of memory on such significant objects, the vitally important and meaningful connections that food and its creation establish with families and friends and the artist’s perceived fading of these networks. The meaning of a treasured memory object is often known only to an individual or a few—a family, a group of women within a family. Here, Laurel Kohut has made visible the process by which memory and significance are inscribed on such objects by literally engraving her beautiful, lucent jars and vessels with recipes gathered from family, friends and old cookbooks.

First seen, the exhibition has the quietude of a kitchen at rest, filled with glowing, stilled but potent objects that don’t reveal everything at first. They invite the viewer to come closer, to make a connection and to enter into an exchange with what they contain. Every piece is engraved with the name of the recipe;Special Ingredients , Ginger Pudding, DutchBlack Cake,
Caribbean Rum Punch —names deeply evocative in themselves of other places and times. They are richly coloured glass, deep plum, rose pink and , peacock blue, their somehow particularly European colours call to mind the beautiful, delicate objects that colonial women brought to this country as tangible memories of their former homes. The avoidance of , candy colours means that these objects resist the overtly nostalgic connotations that could be easily applied to a collection of domestic objects and allows their meanings to expand beyond simple invocation of an idealised past.

The use of different cursive scripts individualises and subtly dates the recipes. The range of scripts and recipes, some known and some unknown, gives a vivid sense of the variety and breadth of the networks, individuals and histories encompassed in them.

Moving among the objects, bending and peering to read, connections are made. Recipes I know, many unknown, other histories, times and ways of being, suggest themselves and are revealed in the details and the placement of such everyday texts on these carefully handcrafted vessels. A broad ribbon of individual and connected histories unrolls quietly between these objects as they warm and release their stories.

While the jars, bowls and beakers hold within them various ingredients, on their outside each piece is thinly engraved with recipes that they contain domestic processes which are falling into disuse—yeast baking (Yorkshire Tea Cake), preserving (Hunters Beef ), distilling (Syrup of Roses ), complicated cooking ( The Duke of Sussex’s Pie). These knowledges and the ideas that underlie them , —of thrift, self sufficiency and a certain kind of taste aesthetic— slip away once they fall out of use. They become memories. But if we do not still possess enough knowledge to understand them, they are meaningless, opaque documents unable to be decoded.

There is a playfulness and intimacy about the recipes. Grandma Gilson’s Xmas Cake gently exhorts us to line the cake tin with two layers of brown paper and two of white. This piece and Martha Kohut’s Cabbage Rolls are rendered in milky opaque glass, requiring close attention to read and suggesting the kind of opacity that a viewer might feel towards this lost culture of the kitchen. Subtly, she draws our attention to the importance of retaining not just the documents of the past, but the ability to access and to read them, to understand and be changed by them.
The recipes have a certain authoritative voice, underlined by the physicality of the objects themselves. Yet strangely, they feel almost endangered. It is as if, made as they seemingly are for the preparation, storage and serving of certain types of foods, they themselves are in as much danger of slipping into obsolescence as the recipes inscribed on them. The sense of potential loss that they evoke is tangible, like the recall of a home loved and left.

These are objects that reward close attention as other meanings emerge. There is a sense too of the medicinal, explicit in the title and in the connotations of care and healing that food carries with it always. The lidded jars that could as plausibly contain pharmacopeia as sweets suggest a healing, salving purpose for the objects’ contents. The recipes themselves are instructions for making a list of things into something else, ingredients into a compound.

I would delight to see these objects shown at the Royal Easter Show, somewhere among the preserves and baking, where they would invoke so many memories and much discussion in a place where the connections and knowledges contained in them would seem still be strong and meaningful.

Cooking, preserving and distilling are transformative, alchemical processes like working with glass , in the same ways that the recall and incorporation of knowledge from memory into the present can be personally transformative .

In this work Laurel Kohut’s has preserved the invisible part of our domestic selves, memory submerged into objects and reinscribed visibly to be read by us. Craft making, cooking and memory are productive practices that converge and are momentarily stilled and held in these quiet, eloquent objects.

Jemima Kemp is a freelance writer based in Adelaide who is interested in craft and the intersection of craft and visual art.