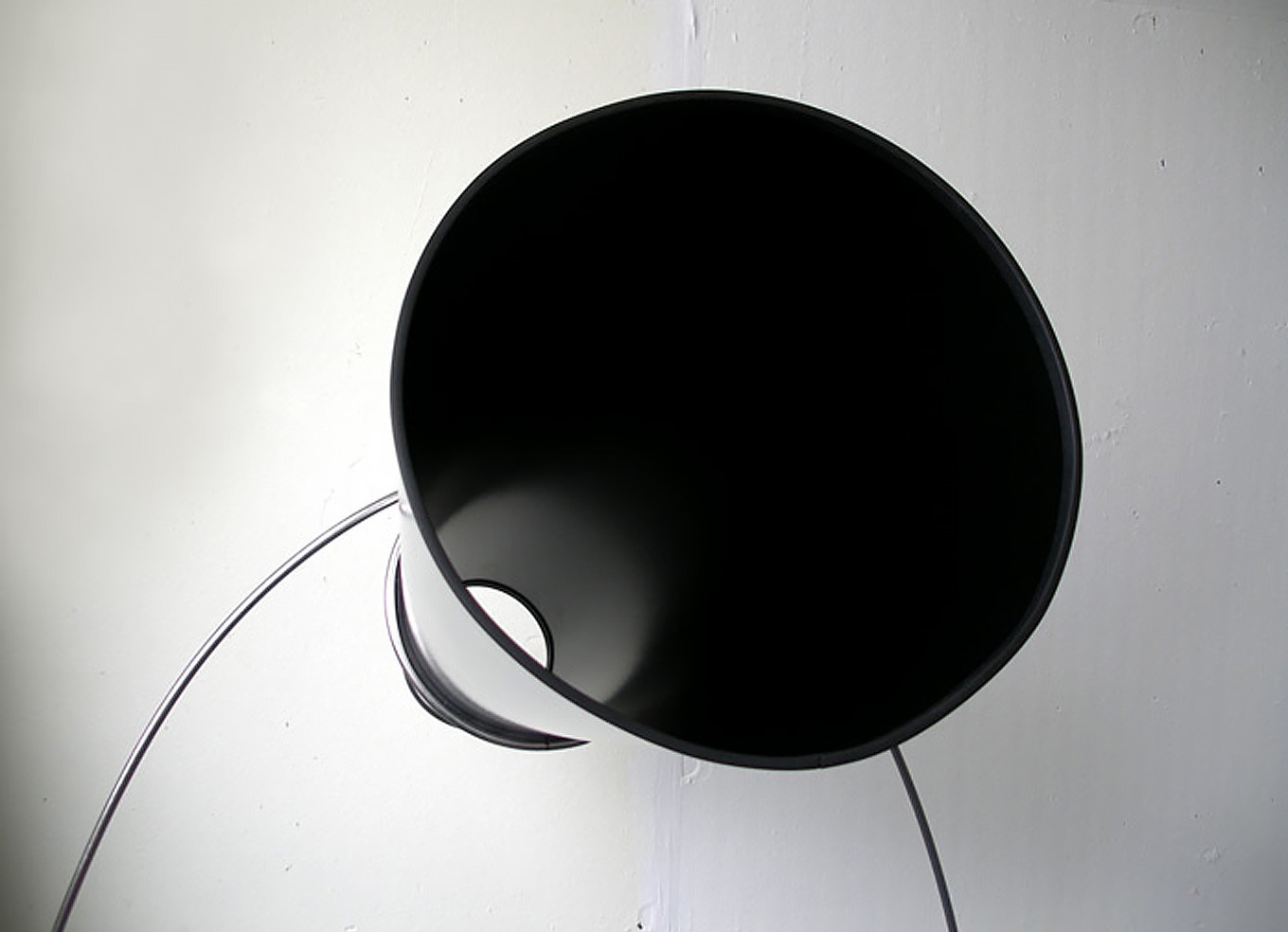 “Life”, Luigi Russolo the Italian Futurist wrote in 1913 “ is accompanied by noise. Noise… is familiar to our ears and has the power to remind us of life itself”. A noisy life seemed to the Futurists and the Surrealists favoured choice, those self appointed lords of misrule who believed absolutely in sensation, the accidental moment and the deliberate act of eruptive chaos and making and unmaking life as art. Russolo constructed his noise making machines, his intonarumori to offer a wider range of sensation and he wrote too about the noises of the city in his manifesto “The Art of Noise”, the incidental din and crashing of it making a “mental orchestration”. Noise was proof of life, was life, alive to the world, they fashioned themselves as makers and receptors to these offered moments of sensation, disruption and revelation. 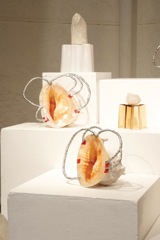 Noise now is transformed and silent, made of signals slipping down the wire, a perfect connectivity and the sweet susurration of circuits. Divorced from the source, we’re updated on the remote and muffled from the near and the immediate by informational noise. Enclosed in a seamless cocoon that begs for a Surrealist irruption of some kind.

Ten Days on the Island, Tasmania’s version of carnival, is not quite the world turned upside down with beggars as kings and the foolish wise but always includes work that picks away persistently at the seams of normality. Chance Encounters, first shown at Ten Days, takes the surrealist encounter of the juxtaposition, the unpredictable moments of coming together or apart to disrupt the neat ordering of the world and to let other realities and perspectives slip through.

Centre stage is Annie Mestitz’s Ballistic Voices (2009), an over large standing trumpet loudspeaker, in front of the its cone a series of large vividly enamelled disks, hot pink, turquoise, like an audience melted under the noise. Comic at first it looks like a revival of Russolo’s intonarumori or Ubu’s megaphone but also resembles their more sinister descendents, the fascist loudspeaker or sonic weaponry. Silent, disconnected, its lack of noise draws attention to its uncertain function and intentions. The totalitarian undertones ofBallistic Noise connect with the subtly sixties Soviet stylings of Aleksandra Mir’s female cosmonauts in First Woman on the Moon(1999). Mir’s work continually subverts the world of news and exposes the ideological underpinnings of reportage, here she has refigured a Dutch beach to restage the American moon landing, creating a lunar landscape with bulldozers while her Cosmonauts document the construction, give media interviews, collect findings from the lunar surface and finally scale one of the peaks with an American flag. Overlaid with real transmissions and suitably heroic music First Woman on the Moon deftly and amusingly undoes the masculine posturings of the space race, the arms race and every conspiracy theory reducing them to children playing on sandcastles.

Finding poetic raw material within the dross of doom and sensationalism, Barbara Campbell refashions the daily noise of the news into elegant Haikus from unrelated stories in the Hobart Mercury, her News Haikus (2009) “Outside the back row, Still showing the ragged gap, Phantoms drew first blood” infinitely more evocative than football and death.

Nicholas Folland’s trophy shop of failure Speechless (2007) spells out all the degrees of failure “absolute failure, complete loss, worst overall, completely giving up, absolute last”, perhaps a memorial to all the un-commemorated moments of our lives where we weren’t ‘the best we could be’, the trophies repetitive absolutism collapsing the binary of “winners’ and “losers” into its real absurdity.

A true sense of the carnivalesque as the upsetting of quotidian rules and hierarchies propels The Public Notice Project (2009) by Elizabeth Woods as families, individuals business, schools and a phone booth undertook for ten days to change something, to discompose in even the smallest way the smooth surface of the norm. These commitments were then made public as notices on their front fences, from “laughing ten times a day” and “run around the oval” to “standing on the back step with Jack the dog and singing we are happy, we are as happy as happy can be” to the phone booths serious commitment to “transport its occupants to another world” and “ For ten days Irene will stop gossiping, will not offer any unwanted comments about your attire or appearance and will not add an extra slice of ham to your deli order.”

As the Feast of Fools overturned the bombast and piety of the Church, these acts of silliness, fantasy, compassion and honesty overturn all the small daily calumnies and omissions of good faith accumulated through the year. Quietly subversive each action sends out feelers into the world asking for connection and thumbing a nose at the conventions of what will the neighbours think. Louise Haselton’s Double Terminator (2007-09) could be a receiver for these unsettling transmissions, large Helmet shells with clumsily added on wire loops like antenna feeding back into the shell, their odd home made-ness reminding me of crystal radio sets and listening devices, picking up on and channelling the ether.

“I stick the aerial into my skin and let the signal run through my veins,” as the song says the works in Chance Encounters ask us to become thinner skinned, covered with prickling receptors reaching out and picking up these signals of disturbance, chance and possibility.