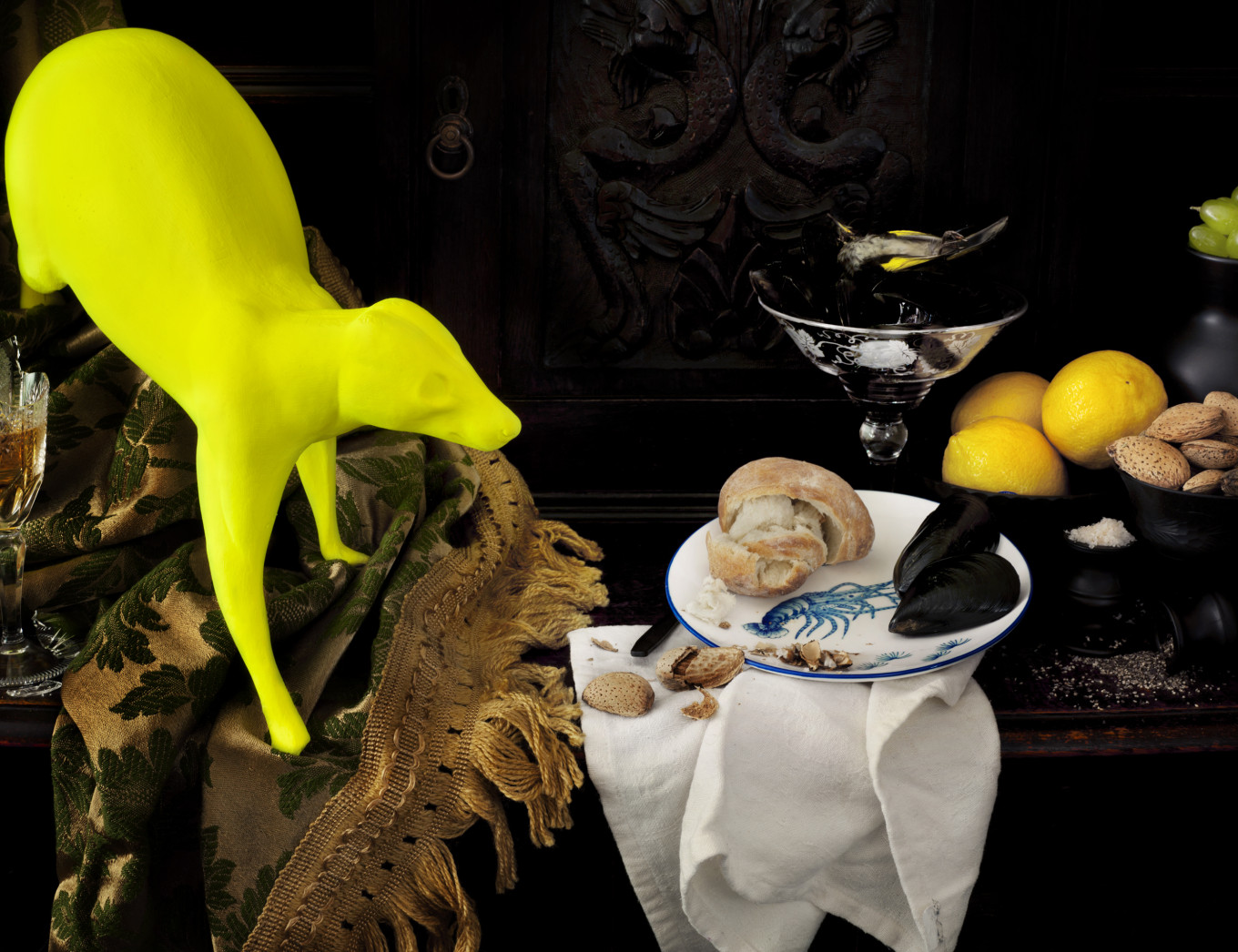 ‘they were living creatures, watch ‘em come to life right before your eyes’ [i]

CJ Taylor’s rich and arresting still lives seem to have descended directly from their Dutch antecedents. The conventions, forms and accoutrements are all there: the wealth of precious objects, the food and elaborate floral displays, tricksy perspective, limpid light and cloistered domestic opulence. With the conventions of still life, these images appropriate too its mendacious confidence, quietly asserting that the world is really so. That appearances do not lie.

But there’s an immediate absurdity here, a rupture in the gloss of this seeming reality as a host of revenant animals in fluorescent skin populate these placid scenes. As a yellow possum stalks through a carefully laid breakfast scene and a melancholy hot pink Dingo looks out from a riotously abundant floral garland, we struggle to reconcile these colliding orders of reality. 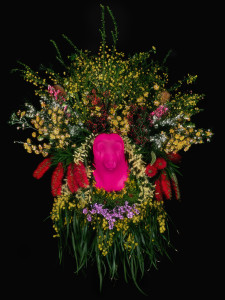 Still life painting’s greatest fiction is that it is not and its greatest pretence is its version of a world where nature is commodified and orderly, life stable and regulated and the uncontrollable and disorderly banished beyond the frame. Its worldview and conventions developed and served to regulate a culture made volatile by its unprecedented material wealth and new culture of consumption. Even where it plays with instability in vertiginous perspective and precariously balanced objects, it is a world of carefully coded control. Lying through its teeth while pretending ferociously that it is not; this is a game of appearances and belief.

Here, Taylor takes its very stuff; the complicated scaffolding of its conventions, its tropes, flowers and animals and its claims to truth to unwind its orderly pretence and bring other questions into the frame. Dingo, possum, rabbit, wallaby and buffalo; these unquiet ghosts are familiar and foreign, at once at home and out of place here. Made strange in their garish coloration we see and don’t see them, natural/unnatural interlopers they bring the distinct whiff of nature and disorder with them.

Their presence alone brings instability and their ambiguous status infects the objects surrounding them. Things begin to tilt and bend.

The birds are unmistakably real in their deaths, the flowers undeniable in their particularity but the perfect walnuts, the napkin and carefully broken roll seem painterly. Real and unreal flip flop and this order of things seems not so stable after all.

There are other disturbances too. Birds and blossoms are native, the animals native or naturalised. This is an entirely new order that has infiltrated the frame.

Where Dutch still life speaks of human control in its impossible bouquets of individuated, hand bred blooms here, there is mass, repetition and variety. The rabbit is brushed by massed pink gum, the buffalo be-horned in dazzling array and wattle of many species surround the wallaby. The product of the complex forces of natural selection and environmental adaptation, these blooms speak of nature’s proliferative energy and multiplicity, the seemingly untrammeled diversity and uncontrollable nature of the Australian landscape so unassimilable to European eyes. 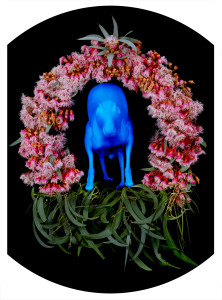 Where still life suspends time, here its force is felt through the presence of the dead birds and the flowers at their zenith of flowering. These image’s intense connection to time and place, with all the blooms originating from the artist’s bushland home in spring’s brief burst, demand attention to this here and now.

It is through beauty that Taylor directs our eye and attention, the tiny perfect honeyeater, the crisply feathered magpie, the rich light and the care given to these arrangements. And it is through violence, the unseen but present violence of the bird’s deaths, the wallaby rampant next to a rabbit’s bloodied body that we are brought to a new space. Not nature brute, or pastoral or the contrivances of still life but an uneasy space where nature meets culture. One where the fragility of the bush is threatened by rabbits, buffaloes yet one where this proliferative energy, where nature abundant, beautiful, slippery and resistant pushes back and evades culture’s force.

These bright harbingers of disquiet slip into the frame dismantling its certainties, and yet always evading our grasp. Slippery creatures.