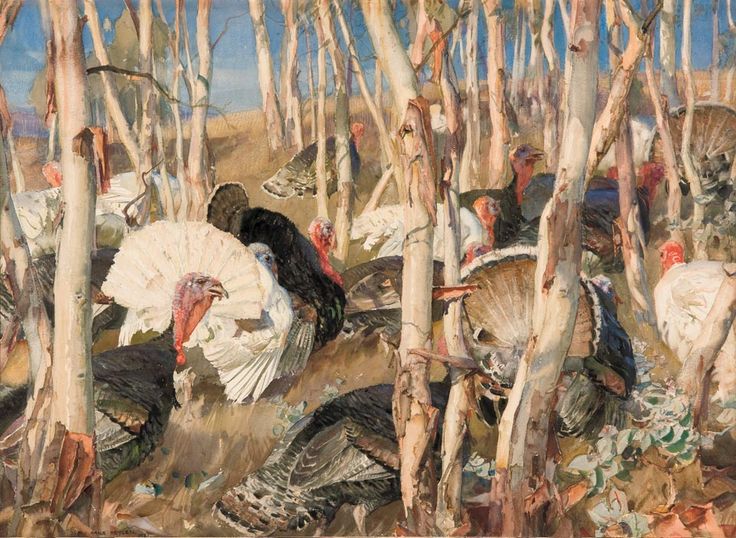 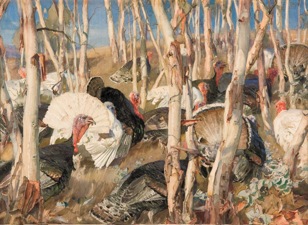 “If I were called in to construct a religion, I would make use of water”
Phillip Larkin, Water

If the poet Philip Larkin were to construct his religion around water, Hans Heysen built his painting around light. In all its forms from the clotted yellow light of the grand Federation pastorals, the veilings of his watercolours to the thin, sharp light of his Flinders Ranges paintings, light is the structuring element, sensuous force and aesthetic rationale of Heysens oeuvre.

In this latest and largest retrospective, mounted by the Art Gallery of South Australia, which holds an enormous Heysen collection, early student works, drawings and less seen watercolours are included. These and the breadth of the exhibition shows, not only the expansive reach of his career but how early light and its effects became central to Heysens work and how quickly as a painter, he had it at his command.

Whether the Art Gallery has deliberately set out to redress the persistent image of Heysen as the painter of majestic gums and exemplar of a certain breed of Nationalism is unclear but the size and scope of the exhibition allows a more complex impression of his work to emerge.

Some have called Heysen’s work “contemporary sublime” and certainly his landscapes seen en masse like this are imbued with a reverence for the natural world that is closer to German Romanticism and Steiner’s spiritualism than the Heidelberg school or the sophisticated languor of the more urbane Conder and Streeton.

The Heysen blockbusters are all here; Red Gold (1913), A Lord of the Bush (1908) andDroving Into the Light (1914-21). Monumental oils, which have become so intertwined with a fervent nationalism then contemporary that, at first it’s hard to disentangle their real accomplishments from this persistent ideological overlay. But blockbusters they are and it is what art historian Bernard Smith described as Heysen’s “baroque magnificence” that, with the seductive depiction of the landscape with its honeyed light and the real gorgeousness of the paint handling that allows these images to pull the viewer in and endure beyond ideology.

Underpinning this baroque scale are Heysen’s rigorous compositional forms that hold dynamism and order in a constant tension within the frame. The whole of Droving Into the Light is anchored by the central gum holding two other trees in a tight triangle through which Heysen funnels the figures of the sheep and the drover. The refulgent light bounces off the trees forming an almost solid cone of light pushing back towards the viewer. The subject here isn’t really droving but the palpable weight and presence of light, which Heysen treats as a physical thing. Pulled down here in heavy slabs to weight and form, let go there, to break up and dapple, the landscape under this plastic light forms bowls, funnels, vortexes to hold and channel it, always with consummate control.

In Gums in Moonlight (1918), an exceptionally fine charcoal drawing, moonlight slants in a solid diagonal from the side illuminating the monumental tree that reaches back out of frame, then scatters and ricochets off the surrounding trees rendering the whole image with the hyperreality of a bright moonlit night.

For me the revelation of this exhibition is the watercolours, intimate and with a liveliness of touch and mood not present in the blockbuster oils. They have a pronounced graphic sensibility and sing with art nouveau rhythms, Folding Hills (1933) seems on the cusp of devolving into flat blocks of luminous colour. The large watercolour, Bronzewingsand Saplings (1921) vividly recalls Japanese woodblock prints with its flattened perspective, the rendering of the Turkeys as strong blocks of black, white and bronze and the density and integration of design and form. Full of their rustling, busy movement it is an image quite simply joyful.

Heysen was never a painter of light alone but of the convergence and meeting of elementals. The tree’s energy pushing up and the weight of sky meeting it, light, colour and form are there to express this. Heysen’s trees thrust, twist, contort and lean, they are never wholly captured by the frame and burst out of it with live force. The clustered and angled trees ofAroona (1939) strike up out of the red earth resisting the aridity of the landscape and suggesting its concealed life.

The discovery of the Flinders Ranges with its clear light and “big, simple forms” refined Heysen’s skills and palette and these works are stunning with their angular stripped back forms, the rich palette of bronzes, blue and sienna and a light of singular clarity and technical accomplishment.

Heysen’s was a wholistic, sophisticated and sensuous aesthetic response, not privileging one element over another or emotion over intellect. He wrote of the “spacing of masses satisfying the eye with their shape and the mind with their volume” and in this his work can be seen as a meticulous, lifelong ordering of the elements towards the harmonious wholeness that he saw in nature.

Never a tame nature, Heysen saw in the landscape elemental forces and rendered them through space, form and colour drenching an arid land in light as in water.